ICC #98 – The “Best” Christmas Films In The History of Christmas 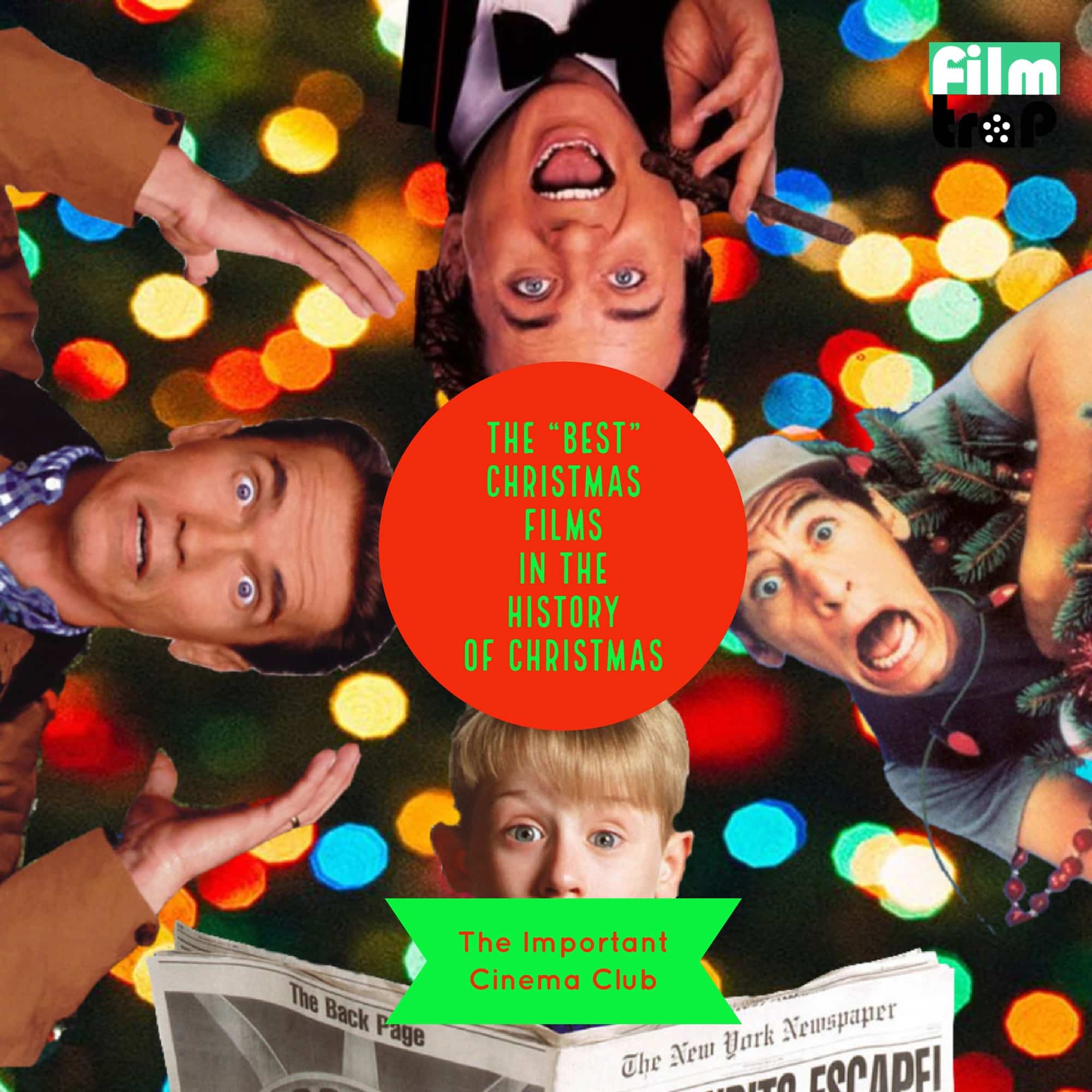 We talk Jingle All The Way, Home Alone 2: Lost in New York, Ernest Saves Christmas and Scrooged. Do the films hold up? Were we wrong to love them as children? Will Santa give stuff coal down our stockings?

We have a PATREON! Join for five dollars a month and get a brand new exclusive episode of ICC every week. This week we talk Christmas Film Turkeys with special guest Mathew Kumar (THE LOOSE CANNONS PODCAST) and discuss Santa Claus (1959), Santa Claus Conquers the Martians and a Christmas film Mathew hates most of all.

Listen to the podcasts here!

Subscribe to The Important Cinema Club Podcast via Email

Subscribe to The Important Cinema Club Podcast on iTunes

Subscribe to The Important Cinema Club Podcast on SoundCloud

““When Santa Claus decides to retire and pass on his magic bag of Christmas surprises to a new St. Nick, he enlists the aid of a hilarious assortment of characters, including that lovable know-it-all Ernest P. Worrell (Jim Varney)! Along the way, Santa and Ernest help a cynical teen experience the season’s spirit like never before.”

“Workaholic Howard Langston (Arnold Schwarzenegger) wants to make things up to his son, Jamie (Jake Lloyd), and wife, Liz (Rita Wilson). He promises to get Jamie the hottest toy of the season, Turbo-Man — even though it’s Christmas Eve and the toy is practically sold out. As Langston hunts down the elusive gift, he runs into mailman Myron (Sinbad), another father on the same quest. With the clock winding down, Langston’s moral code is tested as he starts to learn the real meaning of Christmas.”

“High-spirited high jinks on Christmas Eve put Frank Cross (Bill Murray) in a ghostly time warp in this hilarious take-off of Charles Dickens’ “A Christmas Carol.” Cross, who has made the meteoric rise from the depths of the mailroom to TV network president, is mean, nasty, uncaring, unforgiving and has a sadistic sense of humor – perfect qualities for a modern-day Scrooge. Before the night is over, he’ll be visited by a maniacal New York cab driver from the past, a present-day fairy who’s into pratfalls and, finally, a ghoulish, seven-foot headless messenger from the future.”

“Kevin McCallister (Macaulay Culkin) is back! But this time he’s in New York City with enough cash and credit cards to turn the Big Apple into his own playground! But Kevin won’t be alone for long. The notorious Wet Bandits, Harry and Marv (Joe Pesci and Daniel Stern), still smarting from their last encounter with Kevin, are bound for New York too, plotting a huge holiday heist. Kevin’s ready to welcome them with a battery of booby traps the bumbling bandits will never forget!”